Pre-production is the vital stage where we work out all the logistics involved in shooting your video. This will include sorting out the location(s), casting actors and hiring of key personnel (known as “the crew”) who are going to make the video. This can be a little daunting at first but with the right approach, solid pre-production will help ensure a smooth and steady shoot right from day one.

Now that script development has been completed and the final draft approved, we will now turn it into a shooting script. Re-written with specific regard to the actual mechanics of how the video will be made, your script’s scenes will be broken down into shots (or “setups”) to help the director, DOP and camera crew realise the script’s vision.

A vital reference for the entire production, your storyboard will show exactly what each shot will look like.

Depending on the scale and ambition of your production, you may need a large crew and just a small one. By following the previous steps in accurately scripting out what has to happen in each part of the video, it will be relatively easy to identify what specialist skills/crew are needed to successfully achieve each setup/shot.

Depending on the setting of your script, it will be important to lock down access to any key locations quickly, so any permits or permissions can be finalised ahead of shooting. On smaller productions, location scouting can be done either with the director, producer and DOP or by hiring a specialised ‘Location Manager’ for larger shoots, who will then scout out suitable locations close to the production.

Once you’ve got your locations locked down, there will be a second visit with the director and key members of the crew (i.e. DOP, Lighting, Sound and Art Departments – if applicable) to go through exactly how each shot will be done and what will be required to realise each of them. This includes the look of the scene, how the actors will move and how the camera will ideally capture the action.

This is where having a photographer attached to pre-production is useful to mimic each angle with photographs of the location and help arrive at a final shot list for the shoot.

Based on the final shot list, the 1st AD will draw up a schedule detailing what will be done during each day of the shoot. Using this schedule, the producer can start to create a budget to ensure that everything is covered and the actual numbers match with the project’s ambition.

So, now that we have a schedule and a production budget in place, we now need some actors. Starting the auditioning process as soon as possible will avoid problems later on, by giving yourself the most time possible to find that perfect cast to bring your story to life. Depending on your production’s budget, this might call for the talents of a dedicated casting director who will interview all of the prospective actors. Remember…

“Casting is 65 percent of directing.”
– John Frankenheimer, director of ‘Ronin‘

Getting The Right Equipment

Depending on how your video will be shot will determine what equipment is needed. Being to able scale production from 1080p HD to 4K and beyond, we already have the cameras and optics in place to realise your vision.

However, if as a result of the technical scouting the production needs seething extra, we can rent in whatever specialist equipment is needed. As part of our on-going relationships with rental houses, we can figure exactly what extra items you might need and help your budget go further.

Once all the scouting trips or “recce’s” have been done, it’s time to build any sets and source any key products or furniture that is going to be featured in your story. The production designer who heads up the ‘Art Department’ will run this. Overseeing the production and sourcing of any set pieces (or “props”), they will arrange for everything that needs to be purchased, such as plants, furniture, and props. The costume designer will do the same.

When we have the locations locked down and the equipment in place, it’s time to make sure all the paperwork is in order. This will take the form of either permits or contracts with location owners, city councils (so that we can shoot in particular streets or venues). Equipment insurance is usually built-in to the rental agreement, however, if this is to be a large, ambitious production then we can help with organising production insurance

Quite often, whilst the red tape is being cut, the director will be rehearsing with the cast. This will start with simple read-throughs of the script, leading to active rehearsals so that when the actors arrive on set, they know exactly what to do. On smaller, corporate shoots with interviews, this will involve simple coaching in what is needed with more thorough time for rehearsals available if necessary. 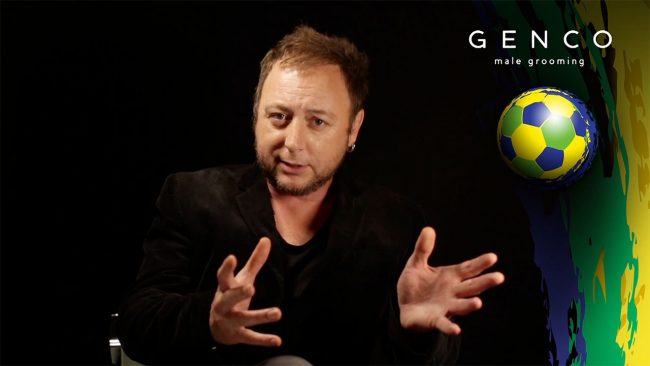